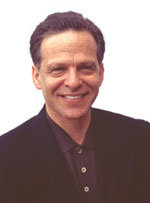 Gerald Young is Editor-in-Chief of the Springer journal, Psychological Injury and Law (PIL; http://link.springer.com/journal/12207). Also, he publishes books on the topic, including one on Malingering in 2014. His most recent book is entitled "Unifying Causality and Psychology: Being, Brain, and Behavior" (Springer SBM, 2016). He publishes in psychological, psychiatric, medical, and law journals. He has appeared as an expert witness for a case involving the Supreme Court of Canada. His practice covers rehabilitation and also families.

Young, G. (2016). Malingering. As part of a half-day Continuing Education Workshop, for the Annual Convention of the American Psychological Association, on Psychological Injuries, Law, Malingering Disability, by Young, G., Evans, B, & Schultz, I. Denver, August.

Young, G. (2016, invited, for my award for Outstanding Lifetime Achievement, Trauma Stress section). PTSD in court. To be presented at the Annual Convention of the Canadian Psychological Association, Victoria, BC, June.

Fellow of the American Psychological Association - 2015

Free Will
Role: Co-Principal Investigator
Funded by: Other...
Other funding: TBA