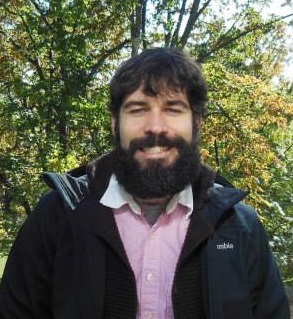 Michael Pettit studies the history and public understanding of science.

His first book The Science of Deception (2013) offered a novel interpretation of the cultural origins of psychology by looking at the discipline's place in the history of capitalism. The book charts the captivation with the practices of deception running through turn-of-twentieth-century American religious, legal, and commercial culture. It addresses how optical illusion crossed between laboratory instruments and amusements in mass culture, the role of psychology in laws regulating the advertising and labeling of food and drugs, the debunking of spirit mediums, pathological lying as a psychiatric diagnosis, the role of the lie detector in policing, and the rise of personality testing.

He recently completed a series of interconnected articles on The Sex Lives of Animals in the Age of Kinsey. During the 1940s and 1950s a number of prominent American scientists championed the importance of non-procreative behaviors in understanding both human and animal sexuality. This liberal sexology informed much of the self-help literature and social policy of the sexual revolution. In the 1970s, newly organized feminist, LGBT, and animal liberation movements intervened to alter the core assumptions and practices of this behavioral endocrinology. The book draws on archival documents to trace how individual readers, patients, and activist organizations sought in turn, to engage, debunk, and incorporate this research into hormones and animal behavior into their own identities.

He is currently researching and writing a book entitled Governed by Affect, which offers a new history of American psychology and its global entanglements since the 1960s. The book traces a series of transformations psychology underwent during this period: a switch in identity from a social to a health science; the greater engagement of psychological scientists in the realms of self-help and public policy; and the overshadowing of cognitive science by theories of affect. These three transformations -- in psychology's political economy, in its public engagement, and in its theories of self -- constitute distinct but interconnected areas of analysis for constructing a new history of the psychological society. Such a perspective offers a critical genealogy of the stakes and public face of psychology at a time when the provision of mental health services and the use of behavioral interventions to improve both personal and social well-being are acute matters of concern.

He also has an reflexive interest in research methods, examining the history of psychology's ethics and methods while developing new digital and qualitative tools for conducting historical research. Much of this work is done in collaboration with members of the PsyBorgs Digital History of Psychology Lab.

Michael Pettit, The Science of Deception: Psychology and Commerce in America (Chicago: University of Chicago Press, 2013).

Article Prize - Forum for the History of Science in America - 2011