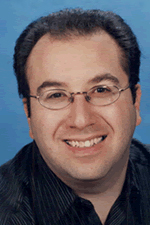 The relation between visual, perceptual and cognitive processes in young infants' formation of future-oriented cognitive expectations for the spatial, temporal, and content information of visual events, and the interface between these expectations and memory processes. Development of infants' ability to selectively attend to singular items in visual arrays of multiple objects, including mechanisms for active inhibition. The development of object recognition and the processes involved in infants' control and execution of eye movements.

Perceptual Components of Infants' Long-Term Memories
Contrary to what is generally believed, infants have to remember event information over the long term. Further, their long-term memories are fairly specific to event characteristics that were encoded during the original experience. However, what information gets encoded in the first place and, consequently, what is available for retrieval later is likely limited by the extent of their perceptual development. This project is intended to try to understand the nature of the relation between perceptual processing and long-term memory in young infants.
Role: Principal Investigator
Funded by: York University

Development of Selective Attention in Infants
This project seeks to determine infants' capacity for selective attention relative to adults on such tasks as visual search, visual cueing, and negative priming, and to establish the assessment of infants' eye movements as a critical measure of their selective attention mechanisms.
Role: Principal Investigator
Amount funded: $100,000
Year Funded: 2010
Duration: 2
Funded by: National Institutes of Health (US)